“It’s not really a question of who is biased, but which bias is the correct bias with which to be biased.”

The Stainless People vs. the Polymer People? No, not a dystopian battle. Just a room full of engineers at a recent ASME-BPE meeting defending their biases on multi-use vs. single-use components. Whether male or female, baby boomer or millennial, end-user or supplier, everyone–especially those of us in the bioprocessing standards community–have inherent biases which we find all but impossible to check at the door. But, just as penicillin can stop an infection, facts fight biases. In order to uncover these facts, though, we need to collect them from all sides.

The fact that women are underrepresented in engineering is an important topic for another day, but, suffice it to say, standards are being written mostly by traditional industry men like myself who have been around the sun more times than we care to divulge. Destination conferences are heavily favored by us baby boomers. More progressive people (millennials), who also use these standards, don’t show up in large numbers. Perhaps that is because they have their own set of biases including in their communication skills; preferring interfacing over face-to-facing. History is repeating itself. Old-school pharma people were set in their ways before we biotech people came along and asked why, right? Today, this new crop of industry professionals brings a fresh perspective that needs to be heard and I’m willing to bet they don’t want to wait two years in between new versions of a standard. What my generation considers reasonable, this younger generation calls unacceptable. Why wait for the morning paper when you can get all the news on the phone in your hand? The world has changed. How do we balance our generational biases? On-line updates in real time? Maybe.

Suppliers and end-users bring their biases to the table, too. Suppliers are closely acquainted with the equipment they sell: the speed at which it runs, the best pressure for its use, limitations, etc., while end-users are most familiar with the process in which they use it and at what point issues might occur. But what happens when the application falls outside the envelope (stay tuned for my next blog on application ranges)? Do the suppliers test for “off-label” uses of their component like car manufacturers do? Consider this, Car Brand X performs best at speeds under 60 mph. It can exceed this speed occasionally, but only for a brief period of time. If I live in Germany and commute on the autobahn, where speed is a suggestion instead of a limit, I should avoid buying Car Brand X, right? In that case, the supplier has told me his car’s limitations and I realize I’d better buy that Porsche instead. But, in our field, the product doesn’t always consider the process, and vice versa.

Along with walking a mile in another person’s component, why not try running at their pressure and temperature, too. This would go a long way to busting biases. But how do we promote collaboration and exchange knowledge?

More often now associations’ meetings are bending toward commercialization and vendor exposure, and away from just discussing the issues and solving problems. For example, at a large upcoming industry conference, I wanted to display a poster explaining the surprising results of side-by-side component testing. The poster was accepted, but I was required to pay thousands of dollars to register for the event, first. I did not.

Industry magazines have merged with our conferences as well, making them more commercialized and costly to attend. We are losing the forums for inclusive discussions about the facts. Pay-to-play excludes those who can’t contribute because they can’t or won’t pay the price of admission. Meanwhile, when these events are increasingly run by conference event managers, who are not subject matter experts, the tendency is toward copy-paste for popular presenters and the dynamic connection between what’s happening and what needs to happen in order to make better drugs gets lost. We aren’t going to change it, but we should be aware of it nonetheless.

The alphabet soup of the bioprocessing community (USP, PDA, ISPE, et al) has its own set of biases. Sometimes a few cross over the chaos in reaction to events and needs, but some also perpetuate the chaos by not working together for a variety of reasons: proprietary content chief among them.

But some headway is being made. BPOG and BPSA have partnered in the recent past with some promising output. The Single-Use Newsletters (available on this website) were well-received and many have asked for it to be revived and to include a related LinkedIn Group (and no, not just the millennials). ISPE’s Communities of Practice has also seen success in these types of symbiotic activities.

Even outside these organization, some collaboration is occurring. In October, The BioProcess Institute co-hosted a free Working Summit on Particulate in Single-Use aimed at gathering information on what we are doing and what we should be doing from both sides of the industry: suppliers and end-users (there were no millennials there). The discussion was lively and important. It’s a small start, but one nonetheless. Understanding each other’s’ biases is the first step to overcoming them. Penicillin for partiality.

In this country, states are allowed to pass and enforce laws separate from the federal government. Standards people often try to do the same, viewing a problem or solution only through the prisms of their own biases. But this isn’t the United States of BioProcessing. We should all be playing by the same rules and making improvements together. Drugs don’t have biases; they don’t care how they are made or within what they are made.  It is up to us–the Stainless People and the Polymer People, the suppliers and the end-users, the young and the non-young–to find the best way to make them safe and effective for the patients who need them. Period. 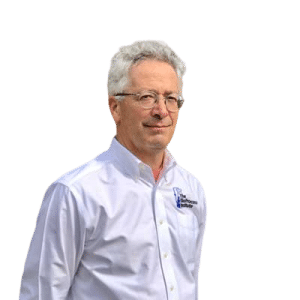